Fuego FC Goes Back to Roots While Building Toward 2022 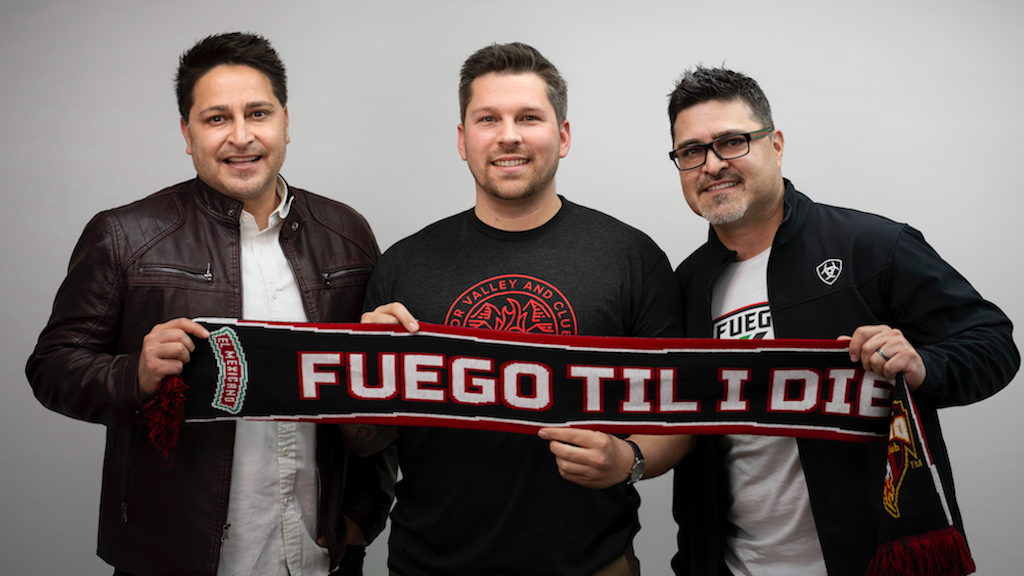 FRESNO, Calif. - Raise the name of the Fresno Fuego in California’s Central Valley soccer community, and the memories will start flooding back.

There were the five division titles in a 15-season run, and nine trips to the USL League Two Playoffs. Or the 2011 season, when the Fuego claimed the League Two regular-season title led by players such as Jose “Chiva” Cuevas and Milton Blanco, who took League MVP honors.

Then there were the nights at Chukchansi Park, where the Fuego would attract among the highest attendances in League Two season-in and season-out, a carnival of noise accompanying the action on the field.

They’re the memories that Chris Wilson, President of 2022 USL League One expansion club Central Valley Fuego FC, is aiming to rekindle, and build on, as the club’s new incarnation takes shape.

“We like to think that Fuego was one of the most successful League Two teams in the country, and we were really proud of the Fuego,” said Wilson recently. ”I think that tradition built up the primer to have pro soccer. I think the community is really ready.”

There are differences, though. The club’s branding as Central Valley Fuego FC not only provides a fresh visual identity, but a jump to the professional level as well. That new identity taps into the Central Valley’s roots as Wilson and his front office team reach into the history that he believes has primed the region for a community-focused soccer club.

“There’s a really high density of Mexican-Americans who have this deep passion for soccer here, and when Fresno was booming and growing in the 80s and 90s, a lot of groups immigrated from different areas of Europe, Central and South America, so it brought this really big base of people who already thought of soccer as the world’s most popular sport,” said Wilson. “Eventually, that morphed into Sunday leagues, competitive leagues, and then youth soccer just kind of blew up.

“In California, we can play all year because there’s no winter where the ground freezes over or it rains too much. There’s literally soccer going on 12 months a year. The combination of our climate being great and the makeup of our people have made this area a hotbed of soccer for a long time.” 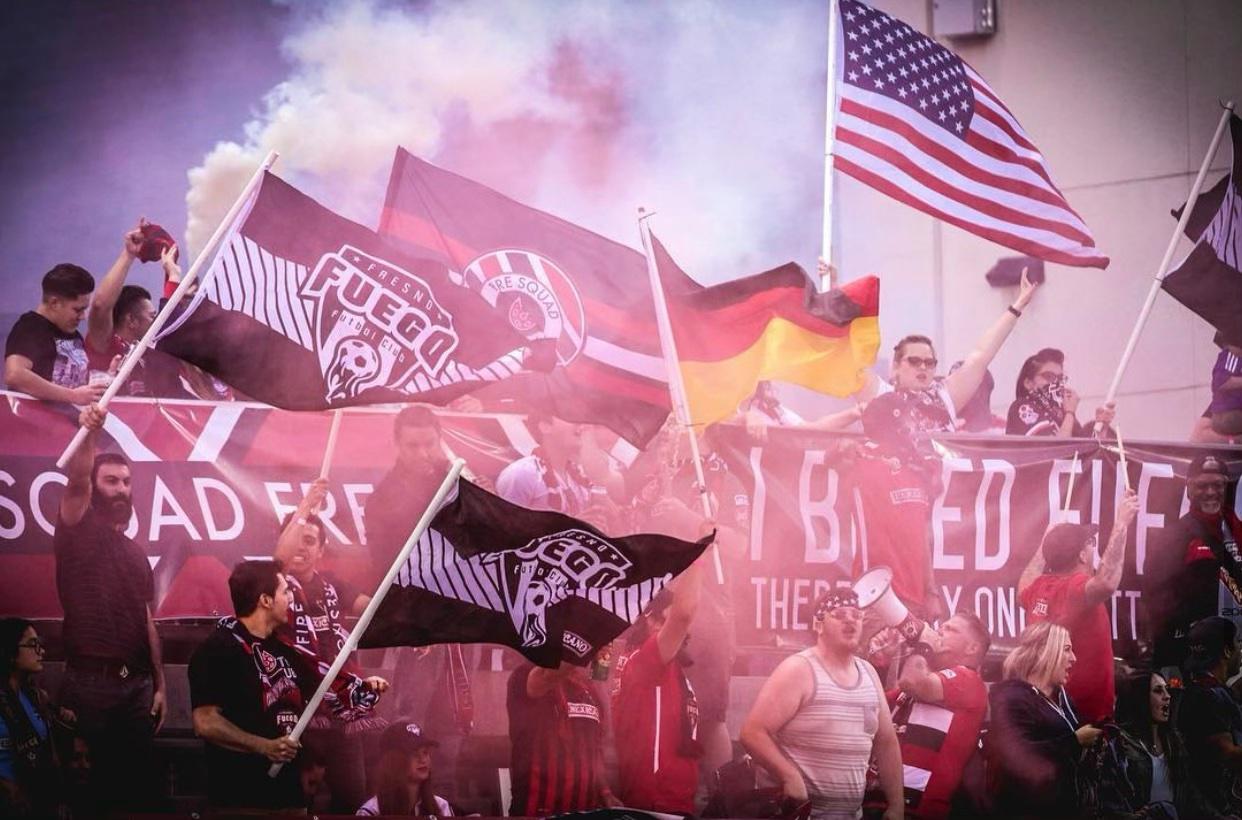 One of the club’s primary aims is for the team to be made up of local players, as the Fuego sides of the past often were. But they’re not waiting until they can take the field to emphasize community involvement - the club’s crest, which was unveiled in January, was designed with a tremendous amount of input from supporters and local designers.

“We felt like we needed to stay true to our roots and do something locally from the community, so we decided not to go with a marketing agency and keep it in-house,” said Wilson. “A huge piece for us was bringing the Fuego name back, and with the crest design, it took about six months.”

One of the crest’s more distinctive features is its green stripe, which was a direct result of a supporters focus group.

“They highlighted that Fresno State, which is the biggest sports and cultural entity in the area, plays with this green V on its football helmets that represents the Valley,” said Wilson. “The Valley is rich in agriculture, and we have a strong Mexican-American tradition, so the green also ties in there. We didn’t want to overuse it, but we didn’t want to underuse it.

“We went through probably 50 different designs before we settled on one, and it had a ton of community and supporter involvement.” 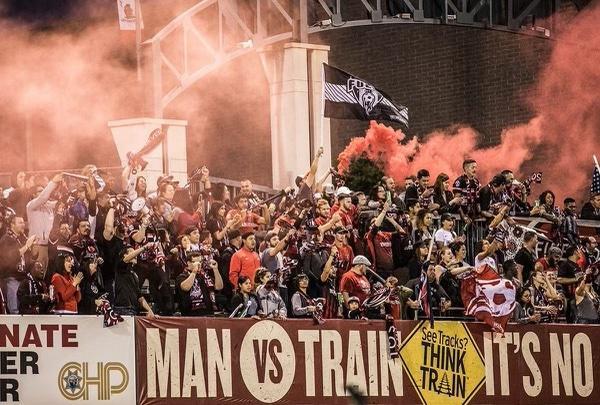 The club also wants to remain closely connected to prominent members of the Central Valley soccer community. Francisco and Tony Alvarez, the founders of the original Fresno Fuego FC, were guests on the team’s “El Show” podcast this week, and another goal is to set up a Hall of Fame which would honor the alumni who helped build the club.

“There are hundreds of people who have been involved with the Fuego brand in some way over the last 20 years and feel this deep connection to it,” said Wilson. “The beginning phases of the Fuego, people were putting in money from their own paychecks to pay for jerseys and away trips, so it was truly a community that helped build the club. Now that we’re going to the professional ranks, we don’t want to lose that identity. We want to feel very attached to the grassroots level and the people who helped build this club.”

“One of the owner’s sons played in an academy but had to drive two or three times a week to San Jose just to train,” said Wilson. “The owners’ thought process was that there’s a ton of talent here and they’re not getting the opportunity to showcase it, and a lot of people don’t have the resources to go out of the area to be seen.

“There needs to be something for these kids to be able to thrive and have a vision of playing for their hometown team. We want to create that energy and that dream for local kids.”

In the more immediate future, the club staff is hard at work putting plans in place for 2022. In May, Fuego FC’s team store launch will be an event with a matchday atmosphere, featuring a street soccer tournament, live music, and food truck vendors. But make no mistake about it - what excites everyone in the area the most is the return of a hometown soccer team.

“For our community, we share that we miss soccer,” said Wilson. “We miss going to games, seeing the competition on the field, and the energy that you get when your team scores a goal and you win. All the preparation goes into that moment, so we’re really excited to play.”

Most Recent USL League One News

Most Read USL League One News