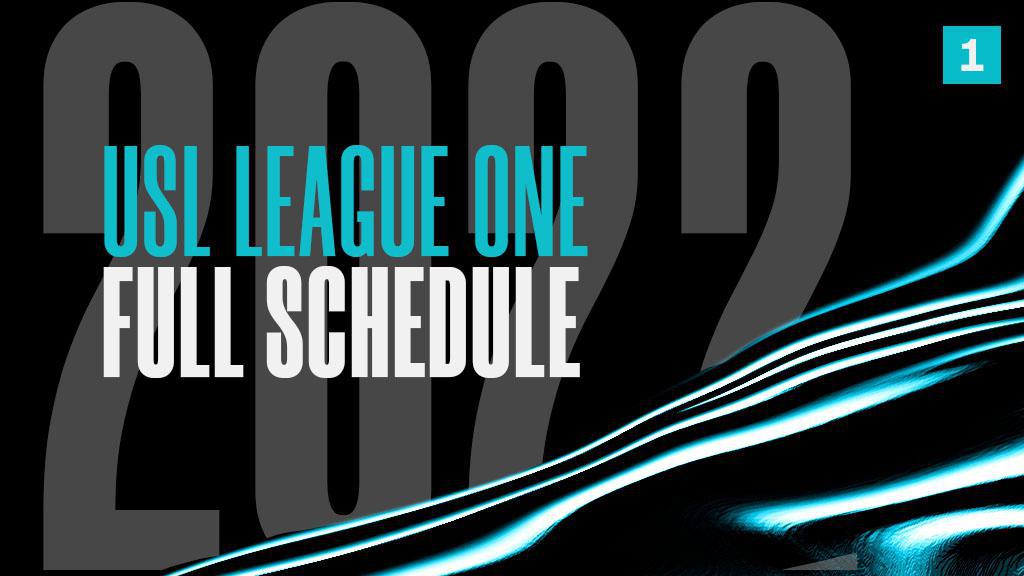 TAMPA, Fla. – USL League One today announced its competition structure and full schedule for the 2022 season, with the league’s fourth season bringing a balanced 30-game slate set to be played across 28 weeks when the season begins on Saturday, April 2 next spring. Throughout the 2022 campaign, 84-percent of League One matches are slated to be played on Friday, Saturday or Sunday.

The 30-game schedule is the longest in League One’s history and will see the 11 teams – including three newcomers to the league – face off against each other three times throughout the regular season. The top six teams in the final regular season standings will then advance to the 2022 USL League One Playoffs.

Central Valley Fuego FC will be the first of three newcomers to feature on the field as it opens the season on the road against three-time League One Finalist Greenville Triumph SC. The game is part of a four-game slate on opening day that also sees a postseason rematch as the Richmond Kickers play host to FC Tucson, while Chattanooga Red Wolves SC will host Forward Madison FC and new Head Coach Matt Glaeser, and South Georgia Tormenta FC will host North Carolina FC.

Defending title-holders Union Omaha will begin their campaign on the road the following weekend as they visit Forward Madison FC at Breese Stevens Field. Newcomers the Charlotte Independence, meanwhile, will host their first game in League One against Fuego FC on Friday, April 8 before Northern Colorado Hailstorm FC makes its opening bow against the Richmond Kickers on April 9.

Central Valley will host its inaugural home opener on Saturday, May 7 as it squares off for the second time with Greenville Triumph SC, while Northern Colorado will open its home at Future Legends Complex in Windsor, Colorado against North Carolina FC on Wednesday, June 8. League One will also see South Georgia Tormenta FC open its permanent home during the new campaign, adding to the outstanding new venues currently being built and opened across the USL ecosystem.

The season will conclude on Saturday, October 15 with a five-game slate of action including an in-state battle between the Charlotte Independence and North Carolina FC and Union Omaha playing host to Central Valley Fuego FC.

The 2022 USL League One Final will be held between November 4-6 at the home venue of the higher remaining seed as the league concludes its campaign.

Most Recent USL League One News

Most Read USL League One News